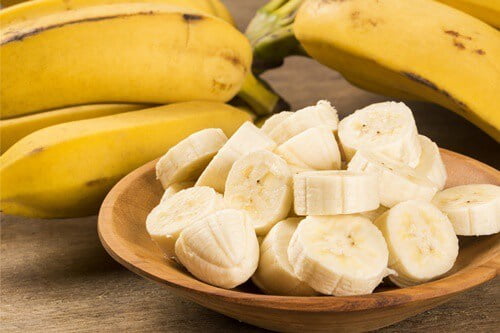 We all want to give our gerbils a wide selection of highly nutritious foods. So, you may decide to feed your gerbil the same nutrient and vitamin-rich foods that you eat, such as bananas.

Gerbils can eat fresh bananas and both green (under-ripe) and black (over-ripe) bananas. But they’re high in carbs and low in protein and fat. The minerals found in bananas include magnesium, copper, and manganese. Magnesium is vital for brain health and helps to prevent seizures in gerbils.

There are no health risks associated with eating bananas, aside from diarrhea. This is only a danger if your pet gerbil eats far too much fruit. Bananas are considered to be a safe snack for gerbils.

Most people assume that gerbils eat only fruit and vegetables, but that’s not true.

Gerbils need a varied diet. That includes lots of grain, dried seeds, nuts, and flakes. Only a small percentage of a gerbil’s diet should consist of fruit and veg.

In the wild, gerbils don’t live where bananas are grown. Bananas are grown in tropical places like Central America, South America, and Africa. Gerbils live in a warm but dry place called the Mongolian steppe. This region is like a desert, but with lots of grass.

This means that wild gerbils don’t eat bananas. But that doesn’t stop gerbils from eating things like cucumber, for example, which also don’t grow there. The fact that gerbils don’t eat a certain thing in the wild doesn’t necessarily mean it’s ‘unhealthy.’

This is the case for much of a gerbil’s diet. Sunflower seeds, for example, are native to the Americas. But gerbils love them. So, you can feed gerbils bananas.

Gerbils enjoy eating new things. You feed your pet gerbil food mix every day or every other day. This mix is the same thing each day. While it offers variety, your gerbil will get used to it quickly.

That doesn’t mean it won’t enjoy its gerbil food mix. When you then offer your pet something new, it will love to try it. That applies to bananas as it applies to other fruits and vegetables.

Can You Feed Gerbils Green Bananas?

Green bananas are bananas that aren’t quite ripe yet. They have a sharper taste than ripe yellow bananas. They don’t have any negative health effects if eaten in moderation.

You can feed green bananas to a gerbil, but they don’t all like the taste.

Can You Feed Gerbils Black Bananas?

When a banana gets over-ripe, it turns black. Any damage to the banana hastens this process, which is why they get black spots if you drop them.

Old bananas taste similar to ripe bananas. They’re a little softer and smell stronger but are still fine. You can feed black bananas to your gerbil.

Can You Feed Gerbils Banana Chips?

Banana chips are like regular chips, except they’re made of banana. They’re a different texture to regular banana because they’re fried in oil and are a deep golden color.

To begin with the positives, banana chips are crunchy. Gerbils enjoy crunchy foods because they’re good for their teeth. However, nutritionally, banana chips are lacking. They’re more like candy or potato chips than healthy vegetables.

The main issue is that they’re fried in oil. While bananas themselves are healthy, banana chips aren’t. They’re full of fat because of how they’re cooked.

This is a particular issue for gerbils because they evolved not to need much fat in their diet. The region they live in doesn’t have much fatty food for them, so they are highly efficient at conserving fat. Overeat, and they quickly become overweight.

Also, banana chips are usually flavored in some way. They may be covered in honey or sugar for a sweet taste. Or, they may be sprinkled with salt and spices for a savory flavor.

Can You Feed Gerbils Dried or Dehydrated Banana?

Dried banana is easily confused with banana chips. That’s because people think that banana chips have been dried when in reality, they were fried. Dried bananas are small, dark brown, and wrinkled.

Their texture may be either chewy or hard or both. This makes them a good food for your gerbil to chew on. Nutritionally, they are roughly the same as regular bananas. That’s because, unlike banana chips, they haven’t been fried or had anything added to them.

You can also get baked banana. These look like banana chips, except more wrinkled and dried. Depending on how long they were in the oven and the temperature they were baked at, these may be crunchy. These are fine to feed to your gerbil, too.

Can You Feed Gerbils Banana Bread?

Banana bread is a kind of simple bread made from flour, water, baking powder, and bananas. The resulting paste rises slightly when baked to create a tight, dense loaf. It tastes strongly of bananas and can be quite chewy and rubbery.

Gerbils can eat banana bread like they can eat regular bread. They will eat it, but it’s not good for them. The carb-rich flour is not much better than added sugar, which is why bread is so high in calories.

This, in itself, isn’t a problem. As a tiny animal, your gerbil needs to eat nutrient-rich food. It will hardly get any fat, protein, vitamins, and minerals if it fills itself up on bread.

It’s better to feed your gerbil bananas rather than banana bread. But if you have some left over, it can be fed to a gerbil as a small snack.

Can You Feed Gerbils Banana Peel?

You can feed banana peel to gerbils, although there’s no guarantee that they’ll eat it. Myths about the black spot at the bottom of each banana containing spider’s eggs, or bananas being poisonous, aren’t true. You wouldn’t get sick from eating the skin of a banana, and neither would your gerbil.

But your gerbil may not want to eat the peel. It isn’t a pleasant taste, and the texture is unusual. Your gerbil may use it as a chew toy, though, which would be useful.

Are Bananas Safe for Gerbils?

Bananas are safe for gerbils to eat. They’re not poisonous. According to the BBC, there is a myth that they can cause potassium poisoning if you eat too many, but that’s not true. They’re safe to be fed to a gerbil as a snack in low-to-medium quantity.

Do Bananas Cause Side Effects?

Bananas don’t pose any dangers to gerbils when fed in moderation. They don’t cause any significant side effects as a snack.

The main risk is diarrhea. When an animal eats too much fruit or vegetable, the ingested water content of these foods can cause loose stools. This can cause issues in two different ways:

The former is unlikely to affect your pet. This would only be a problem if your gerbil experienced diarrhea every day. It’s the latter point that matters. Diarrhea in a gerbil’s cage causes infections, spreads parasites, and causes a stink.

Health Benefits of Bananas for Gerbils

Bananas are widely regarded as a healthy snack. They have many calories compared to other fruits, but they also contain fiber and some minerals.

By weight, bananas are mostly water. This is the case for most fruits and vegetables. This is good for gerbils because they’re used to getting their water from their food. That’s how they get most of their water in the wild.

There are three key nutrients that a gerbil needs: carbohydrates, fat, and protein. Gerbils, like people, need a balance of these nutrients. The majority of a gerbil’s diet should be carbohydrates and fiber. 15-20% of their diet should be protein while growing, but they can eat less when they’re adults. 5-10% of the overall diet being fat is a good limit for gerbils.

Bananas wouldn’t be suitable as a central part of a gerbil’s diet because they don’t meet these criteria. According to Nutrition Value, bananas have lots of carbohydrates but not enough protein or fat. They have enough fiber for a gerbil, but protein and fat are more important.

This doesn’t rule out bananas as a snack. They can still safely be fed to your pet on rare occasions. They won’t significantly interfere with your pet’s weight or diet, e.g., by making it fat.

Bananas have a high potassium content, but they also have some magnesium, copper, and manganese. Magnesium is vital. It’s essential for brain health and stops seizures in gerbils.

However, bananas don’t have many things that gerbils need. Bananas do have some vitamins, namely vitamin B6 and a smaller amount of vitamin C. But neither of these vitamins has been proven to be essential to gerbils.

According to Experimental Biology and Medicine, many fruits and vegetables are high in vitamin A. However, bananas aren’t one of these fruits. They were specifically tested and didn’t give gerbils higher levels of vitamin A compared to controls.

How Much Banana Should You Feed Your Gerbil?

There’s no need to feed a gerbil any banana. It doesn’t offer anything essential to your gerbil’s diet, which it can’t get elsewhere. Other sources of food are more nutritious.

However, that doesn’t mean you can’t feed your pet banana as a snack. Gerbils enjoy the taste of fruit and the water content too. It makes an occasional tasty snack.

Introduce some banana into your pet’s weekly feeding schedule. When you feed a gerbil banana, half of the weight of the food should be food mix, and half the weight should be banana. This is more than enough for your gerbil to enjoy an occasional snack.