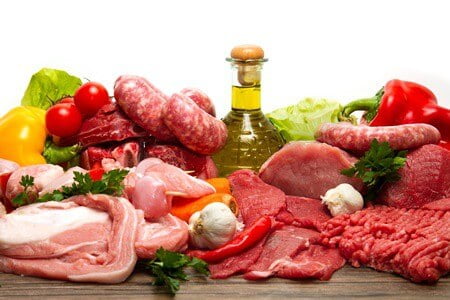 Gerbils are omnivores, so they can eat animal and plant-based foods. As it is nutritious and a good energy source, you may want to feed meat to your gerbil.

Gerbils can eat meat, but it’s not a food that they eat in the wild. Meat is rich in vitamins and minerals including magnesium, iron, and B vitamins. However, meat contains too much protein and fat to be healthy.

Wild gerbils don’t eat meat, only insects. Your pet can be fed a gerbil food mix for its entire life without getting bored or becoming malnourished. Of course, you can add a few treats to your gerbil’s diet.

Gerbils can eat all kinds of food: all the constituent parts of plants, including roots and leaves, berries, nuts and seeds, and insects. So, if insects are counted as meat, then they do eat meat.

What gerbils don’t eat is animal meat. In the wild, gerbils don’t eat anything like beef or pork, for example. They’re small, so they can’t hunt for meat. They don’t scavenge from larger animals but may eat dead gerbils in their group.

Gerbils will eat meat if you offer it to them. Owners report that some gerbils enjoy meat while others don’t.

Meat contains lots of nutrients and energy for its size. So, your pet would have to eat a tablespoon of regular food to get its protein and fat. But it would only need a smaller-sized portion of meat to get the same amount of protein/fat.

When animals find a highly nutritious food source like this, they typically eat it quickly.

What Meat Can Gerbils Eat?

Both wild and captive gerbils will eat insects. Things like flies, mealworms, and crickets make good snacks. They are high in fat and protein like other kinds of meat.

But gerbils can also eat other kinds of meat. They can eat chicken, pork, and beef. They can eat any meat, provided that it’s fed in moderation and that you understand your pet’s nutritional needs.

You shouldn’t feed your pet raw meat because it has a high likelihood of containing germs. According to Forbes, raw meat is edible, but there are good reasons to avoid it.

That’s because the production process of meat can be dirty, which is why you should wash your hands when handling/cooking meats like chicken.

Cooked meats shouldn’t have bacteria on them unless they’re old. This makes them safer for your gerbil to eat.

This also depends on how the meat is cooked. If it’s fried in lots of oil, then it will be too fatty for your pet. If it’s hardly cooked, it may still be slightly raw or could contain too much water. You should also avoid feeding your gerbil an excessive amount of processed meat.

Gerbils can eat chicken and will enjoy it. It contains lots of protein but not much fat. Chicken is lean meat, which means that it’s not going to fatten your gerbil too much.

However, whether the chicken is appropriate for your gerbil depends on other things. If it was cooked in oil, then it doesn’t matter that chicken is lean. The oil it’s cooked in will make it unsuitable.

Ensure that the chicken is fully cooked all the way through before feeding it to your pet. The meat production process may not prevent a store-bought chicken from containing salmonella. If your pet eats something with salmonella on/in it, e.g., raw chicken, it could die.

Fish is lean meat. It contains lots of protein and carbohydrates, but not much fat. And again, whether your gerbil can eat it depends on how it’s cooked. If it’s cooked with hardly any oil, the fish should be fine.

One known issue with fish, however, is mercury. Some species of fish like tuna can contain excess mercury, which is poisonous to life.

According to Men’s Health, a small 5-ounce serving of tuna fish contains 18.11mcg of mercury, whereas naturally, it would contain none. The mercury is there because it’s put into the food chain by geological changes, mining, and power plants.

This amount isn’t too much for a person to eat. However, gerbils are much smaller than people, so even small portions can prove unhealthy. As such, fish is best avoided.

Can Gerbils Eat Ham or Pork?

Ham/pork is red meat. Depending on how it’s processed, it can contain lots of fat or not much at all. The less fat, the better it would be for your gerbil.

However, as a red meat, ham has its own issues. Excess red meat can cause tumors. While this effect hasn’t been studied in gerbils, it is known to occur in other animals. And given that gerbils are already susceptible to scent gland tumors, red meat may make them worse.

Furthermore, ham is often processed before it’s sold. It’s rare to find proper ham unless you buy it from a butcher. Pork steaks aren’t as processed but may be infused with extra water to make them bigger before being sold. The more processed the meat, the worse it is for your gerbil.

Don’t feed your gerbil bacon. Bacon is red meat like ham and pork, so it has the same negative effects.

But besides that, bacon is fattier than other meats. Excess fat is bad for gerbils, and they quickly gain weight if they eat too much. This is an issue with many foods aside from meat, all of which should be avoided. The issue is made worse because bacon is cooked in fat.

Is Meat Good for Gerbils?

Meat isn’t good for gerbils. Nutritionally, it has lots of protein and fat. Meat doesn’t contain any carbohydrates. But for gerbils, it’s not suitable. Here’s a table explaining why:

There are reasons why meat would be good for a gerbil. Healthy meats like chicken breast contain lots of minerals and vitamins, for example. But these bad factors outweigh the good.

All meats have different levels of protein, fat, and water. But here’s a table detailing the nutrients found in chicken breast, perhaps the most commonly eaten form of meat in North America (sourced from Nutrition Value):

This nutrient profile is different from what a gerbil is used to. Gerbils are used to less dense foods that contain more carbs, less fat, less protein, more fiber, and less water. Also, none of the foods that gerbils eat contain cholesterol (only animal products do).

Plus, meat contains far more calories than a gerbil needs.

Vitamins and Minerals in Meat

One thing that meat is good for is vitamins and minerals. It usually contains a broad range of them. Here’s another table, again sourced from Nutrition Value, with data on chicken breast:

This is a broad range of vitamins and minerals. While this isn’t everything a gerbil needs, it is a better range than most foods. Crucially, it contains magnesium, which gerbils need for brain health and stroke prevention.