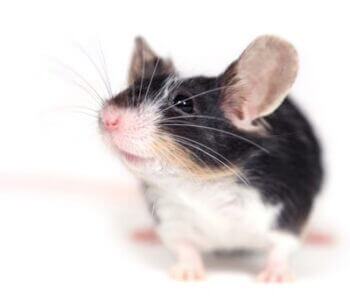 Gerbils and mice are two of the most popular kinds of pet rodents. Telling gerbils and mice apart can be difficult for a novice. But if you learn about the obvious physical differences, it can be done.

[A mouse’s ears are much bigger and rounder than a gerbil’s. A gerbil’s tail is fatter and furrier than a mouse’s, and common gerbils are sandy gold (agouti) while mice are darker brown. Gerbils dig deep burrows, while mice don’t. You can’t house mice and gerbils together.

Gerbils have particular needs: special food and enclosures and the need to live in groups. Your pet’s health depends on you knowing how to tell a gerbil and mouse apart.

Table of Contents show
1 Gerbil vs. Mouse Difference
2 Are Gerbils and Mice in the Same Family?
2.1 Ears
2.2 Color and Pattern
2.3 Tail
2.4 Behavior
2.5 Nose
3 Can Gerbils and Mice Live Together?
4 How to Tell the Difference between a Gerbil and a Mouse
4.1 Related Articles:

Gerbils and mice are similar in many ways. They are both small rodents with short fur, large black eyes, and long tails. If you aren’t familiar with either species, it can be difficult to tell them apart.

Here’s a table explaining the basic differences between gerbils and mice:

Are Gerbils and Mice in the Same Family?

There are many species of mice. However, the kind of mouse kept as a pet is the house mouse (Mus musculus.) This mouse is in the genus Mus, the family Muridae, and the order Rodentia.

According to NCBI, gerbils are in the same family as mice, Muridae. The Mongolian gerbil, the most common that’s kept as a pet, is in the genus Meriones. Both species are rodents.

The fact that the two species are in the same family means that they are quite similar. But there are several physical differences between mice and gerbils.

Mice are famed for their ears. Mice have big, rounded ears that stick out from their heads. They are immediately obvious when you look at one.

Some mice have more obvious ears than others. In some cases, one ear is half the size of the mouse’s head. In other cases, they’re smaller. They also appear smaller when the mouse holds them back, folded against its neck.

Gerbils rely on their eyesight. Where they live, there are hardly any trees. Instead, they live in wide-open grasslands where they can spot predators coming from a long way away.

Common gerbils are a sandy color called golden agouti. This color is like a deep gold on top. A gerbil’s underside is cream and stands out in contrast to its top. All wild gerbils exist in this color.

Mice are a deeper brown, with fewer hints of orange and red. The underside of a mouse doesn’t stand out in as much contrast as that of a gerbil, either.

However, these differences have become less pronounced in recent years. That’s because both pet mice and pet gerbils have been bred into different colors. So, golden agouti is the only wild color of the gerbil, but there are many other colors and patterns in pet gerbils.

So, you can find gerbils that are darker brown, black, slate gray, and piebald. Mice come in lots of different colors and patterns, some of which are the same. So, it may be difficult to tell the difference through color alone.

The gerbil’s tail is thicker, fatter than that of a mouse. It’s thick along its whole length, even towards the tip. The mouse’s tail is thin but equally long.

Also, a gerbil’s tail is furrier than that of a mouse. A gerbil’s tail is the same color as the rest of its body because of its fur. It may also have a tuft at the end where the fur is longer, which may be a different lighter color.

While a mouse’s tail does have fur, this fur isn’t obvious. It’s finer than the fur on a gerbil’s tail, which means it’s difficult to see. From a distance, you may not even see that the mouse’s tail has any fur on it. All you can see is the mouse’s pink skin underneath.

Gerbils stand on their hind legs frequently. They will do so while eating, playing, or looking around for threats. They are adapted to do so and have long hind legs that they can easily balance on.

A mouse’s hind legs are shorter and less well adapted for balancing. While they can technically do so, they won’t frequently ‘stand up.’

Also, gerbils live in burrows together. They make these burrows out of the bedding you put in your pet’s cage. According to Microbial Ecology, they burrow so much that they affect the bacterial composition of the soil where they live. Mice don’t make burrows that are as complex or as deep as those of gerbils.

A less noticeable difference is that the gerbil has a wide nose. Its nose is a light color, surrounded by fur but not covered in it. A mouse’s nose is smaller but the same color.

Gerbils also often have lighter fur on their chins than on the rest of their body, i.e., cream or white. Mice don’t have this distinctive patch as frequently as gerbils do, so this should be something else you look out for.

Can Gerbils and Mice Live Together?

Gerbils and mice shouldn’t be housed together. There are two reasons why: mice and gerbils carry different diseases that they can pass on to each other, and the pair would reject each other anyway.

Gerbils are social animals, so like living with other gerbils, but that desire doesn’t stretch to other species. They recognize the other animal as an intruder in their own space. When a stranger invades a gerbil’s territory, it will attack the stranger. It could even kill the mouse.

Mice are social too, but differently. The mouse’s social structure works differently, with a chain of command, one mouse on top, but then every other mouse ordered below. This is different from gerbils, which have one central dominant pair and the rest subordinate to them.

For its part, the mouse wouldn’t enjoy living with the gerbil. Mice may be happy living with other mice, but mice and gerbils are different species. This means that the pair would continually fight.

Besides that, gerbils and mice each carry bacteria that severely affect the other. Every animal has lots of bacteria in its gut to help break down food. When your pets go to the toilet, you can’t clean it immediately. But it could infect the other pet in the cage.

How to Tell the Difference between a Gerbil and a Mouse

Find two clear pictures, one of a gerbil and one of a mouse. Use these as a reference.

Pick up the animal in question and hold it in your hands. Examine it all over: check its color, ears, back feet, body shape, and each of the other differences above. It should be possible to spot how your pet differs from one picture, but it is like another.

If the pet won’t stay still, as most rodents don’t when they’re handled, take pictures of it instead. You can then refer back from these pictures to your references.

If you still aren’t sure, you could take your pet to the vet. They will tell you what species it is. You ought to identify what kind of pet you have because gerbils have:

So, using this list, try to figure out what species your pet is so that you can best care for it. Bear in mind that your pet could be a hamster, a rat, or a guinea pig. This means it might not look like your reference photos.