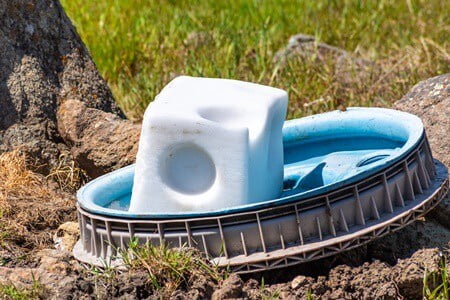 Lots of animals, and some rodents, are given salt licks. These are blocks of salt that contain essential minerals that may be lacking in the animal’s natural diet.

Gerbils don’t need a salt lick as they get enough dietary sodium. Too much salt can cause high blood pressure and strokes. If your gerbil’s diet doesn’t contain enough sodium, the long-term solution is to alter its daily diet.

Very few owners provide their gerbils with a salt lick. This means that the majority of pet gerbils can survive without additional salt and are healthy.

All animals need a certain amount of salt. If an animal doesn’t have enough, it is bad for its health. But too much salt is also harmful.

Salt is the common name for sodium chloride. While there are many different kinds of salt (e.g., table salt, Himalayan salt, etc.), they are primarily sodium chloride. Your gerbil needs a small amount of sodium chloride to function. It’s needed for the following reasons:

Sodium chloride is found in small quantities in many different kinds of food. It’s also a commonly added ingredient. However, like all things, an animal can eat too much sodium chloride.

It may also nibble on a salt lick if one is offered. Your gerbil will either lick or gnaw on it. But it won’t eat the salt lick all at once due to the bad taste.

Salt licks are small blocks that are mostly sodium chloride but can contain lots of other minerals, e.g., magnesium, calcium, potassium, etc.

Gerbils don’t need salt licks. Almost all owners don’t give their gerbil one. That’s because they get enough sodium from the rest of their diet.

The ideal food is gerbil food mix. This food has been picked because together, they supply all of the vitamins and minerals a gerbil needs. Sometimes certain micronutrients are added, too.

That includes sodium. So, your gerbil should be getting enough sodium from its normal diet. If that’s the case, your gerbil won’t need any.

Are Salt Licks Good for Gerbils?

So, some owners still give their gerbils salt licks or mineral blocks. But that may not be a good idea, because excess salts can make animals unwell.

With a salt lick available, plus the sodium it gets in its diet, your gerbil will have far too much salt in its diet. While excess salt won’t kill your gerbil immediately, it will make your pet sick.

The American Heart Association says that salt raises blood pressure. This effect occurs because salt affects how the kidneys work.

The kidneys’ purpose is to draw excess water from an animal’s bloodstream and filter it, sending it to the bladder. This is how urine is created.

The way that kidneys do this is through osmosis, which is where water passes through a membrane. The osmosis process requires a certain balance of sodium and potassium. These minerals are what pulls the water into the cells of the kidneys, where it’s processed.

According to Molecular Cell Biology, if there’s too much sodium chloride/salt in an animal’s system, it can’t absorb as much water in this way. The water stays in the bloodstream instead. With more liquid volume in the bloodstream, blood pressure is increased.

High blood pressure leads to heart disease. That’s because the heart has to work harder to pump blood, as the required pressure is higher.

Over time, this leads to the heart increasing in size. This might sound like a good thing, but it’s not. In an enlarged state, the heart is less efficient. Coupled with the higher required work rate, this stops the heart from doing its job properly.

Heart disease ensues. This makes it difficult for your gerbil to exert itself. Your pet will also experience severe bloating around its middle. Other health issues become more likely, too.

A stroke is the effect of an embolism. An embolism is where a blood vessel bursts in the brain. They cause brain damage and paralysis.

The World Heart Foundation state that when blood pressure is high, they become much more common. That’s because the blood vessels in the brain are more delicate than those elsewhere.

In gerbils, strokes are even more likely than in other animals. That’s because they have poorly-developed vascular structures in the brain. This structure, known as the Circle of Willis, is normally a full circle. In gerbils, the circle isn’t complete.

This alone can cause strokes in gerbils. But when coupled with high blood pressure after excess sodium consumption, they can happen easily.

Should You Give Your Gerbil a Salt Block?

If you think your gerbil isn’t getting enough sodium, a salt lick will fix that. But it would also mean that your gerbil gets far too much sodium. And if your gerbil doesn’t touch the salt block, then it’s a waste of money, too.

A better idea is to fix your gerbil’s diet. A high-quality gerbil food mix will contain all the sodium that your pet needs. Check the back of your pack and it should tell you how much sodium or salt it contains.

If you don’t have access to that, certain vegetables like beetroot or celery contain some sodium. These make excellent snacks alongside your gerbil’s regular diet. This will correct the lack of sodium and also provide other vitamins and minerals.