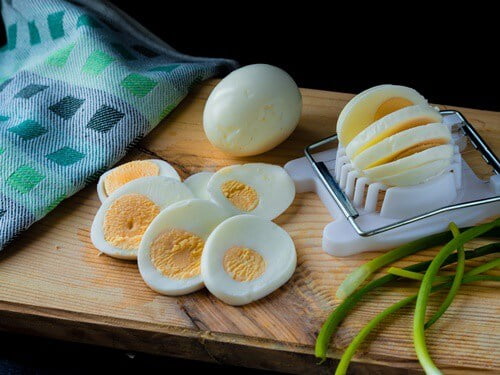 Eggs are commonly perceived as a healthy food. However, they aren’t frequently fed to most pets, so you may not know whether eggs are good or bad for gerbils.

Gerbils can eat boiled or scrambled eggs but they may not recognize raw eggs as food. Eggshells contain minerals, and gerbils like them because they’re crunchy and wear down their teeth. However, eggs are too high in fat and protein to be a regular foodstuff. They should only be offered as a snack once or twice a week.

Gerbils eating eggs frequently can gain weight. Plus, eggs lack key minerals like magnesium, which are essential for their health. You should feed your gerbils other foods, but you can give your gerbil some egg.

Can Gerbils Have Eggs?

Gerbils can eat eggs because they don’t contain anything poisonous or toxic. They won’t give gerbils diarrhea in the same way other snacks can, but there are other issues with feeding gerbils eggs.

One is that your gerbil may not identify eggs as food. Few animals eat eggs regularly, and wild gerbils certainly don’t. They eat plant roots, nuts, seeds, and insects, but not eggs. No animals eat cooked eggs, so your gerbils will be entirely unfamiliar with them.

Eggs are too high in protein and fat for gerbils to eat. Gerbils need more carbohydrates than they can get from eggs. So, eggs should only be offered as a snack, if at all.

Eggs are an unnatural food. No other animal cooks and eats eggs in the same way. Some animals eat raw eggs, and hardly any eat anything but eggs.

Gerbils will eat a boiled egg, but you must break it up into smaller segments first. A whole egg would be far too much food, even for a group of gerbils.

Feed equal parts of the yolk and egg white because they each contain different nutrients.

Scrambled eggs are nutritionally similar to other kinds of eggs. They contain lots of fat and protein, not much carbohydrate, and lots of water. This means they’re an unsuitable food for regular consumption by gerbils but can serve as a snack.

If you do have some scrambled eggs to give to your gerbil, be careful. You may have added far too much salt. Gerbils aren’t allergic to salt, but it’s not healthy.

Humans don’t eat eggshells as they’re too crunchy and sharp. But according to the New York Times, that doesn’t mean they can’t be eaten. Many animals that eat eggs will eat the shell too.

Your gerbil can eat eggshells. It doesn’t contain anything poisonous or toxic. It won’t cause any side effects or illness. Better yet, it contains nutrients that aren’t found in the egg. So, if you’re feeding your pet any egg, consider leaving the shell attached.

You should avoid feeding raw eggs to gerbils. There is a risk that the egg will contain salmonella. Salmonella is a bacteria that causes cramps, diarrhea, bloody stools, fever, and vomiting. The chance of there being salmonella in an egg is very low. However, it’s best avoided.

If an egg is pasteurized, it won’t contain any salmonella. That’s because the egg is heated to a temperature that kills any bacteria, salmonella included. A pasteurized egg can be sold either as a liquid egg product or in the shell.

Health Benefits of Eggs for Gerbils

Eggs have a unique nutritional profile. They are entirely unlike most other kinds of food. Unfortunately, they are also entirely unlike the kind of food that a gerbil regularly eats.

They contain lots of calorie-rich fats and proteins. That’s because eggs are intended for young animals. As an animal grows inside its egg, be it a bird or a reptile, it needs to gain muscle mass and fat. Almost all of the egg is made of fats and proteins.

Eggs are not good for gerbils. While they have lots of vitamins and minerals and an abundance of protein, they are unhealthy. According to Nutrition Value, here’s what eggs contain:

Eggs are mostly water. That’s a good thing because gerbils like to get water from their food.

However, it’s the lack of carbohydrates, which is an issue. By getting more calories from fats and proteins, your gerbil will become overweight.

That’s because the gerbil’s natural habitat doesn’t contain lots of fatty and proteinaceous foods. It’s dry, like a desert, and all that grows there are grasses.

Vitamins and Minerals in Eggs

Eggs contain lots of vitamins and minerals, which are hard to come by elsewhere. Here’s another table which shows exactly how much they have:

Eggs contain lots of trace vitamins and minerals. They contain small amounts of vitamins E and B1, D, and A, plus trace minerals like calcium, copper, magnesium, manganese, potassium, and sodium.

Side Effects of Gerbils Eating Eggs

The main issue with your pet eating egg is weight gain. Eggs are full of protein and fat. There’s nothing wrong with either protein or fat, but fats are more calorie-dense than carbs.

So, if you ate a plate of food that was 80% fat, it would give you more calories than a plate with 80% carbs.

That doesn’t mean your gerbil shouldn’t eat fats at all. It needs some for a balanced diet. But the optimal amounts in your gerbil’s diet are around 5% fat and 15% protein. Any more than that, and your gerbil would begin to gain weight.

How Much Egg Can Gerbils Eat?

Gerbils shouldn’t eat much egg because it contains too many calories. While your gerbil needs fats and proteins, it doesn’t need as much of them as it gets from an egg.

If you want to feed your pet some egg anyway, only do so as a snack. It cannot be a part of your gerbil’s daily diet, as it is missing vital nutrients like magnesium and contains too much fat. If you fed your pet nothing but eggs, it would become unhealthy due to a lack of these nutrients.

These snacks should be small in size. Feed them the snack alongside its regular food. So, let’s say you feed your gerbil a heaped tablespoon of food each day. You can substitute half of this tablespoon for egg as a snack.

If you were to feed any more than this, your gerbil would miss out on the nutrients from its regular food. But feeding only a small amount like this won’t do much damage.

You should feed your gerbil eggs no more than once a week. Twice is the maximum. This small amount will ensure that your gerbil won’t get sick from not eating its regular food.